Connecticut’s Premier Camping Resort. Odetah enjoys the beauty and serenity of the Connecticut woods, offering the best in camping and spectacular nearby attractions and excitement. Woodalls Rated 5/5 Diamond; Frommer’s VOTED MOST BEAUTIFUL IN CONNECTICUT. Seen in the Wall Street Journal and New York Times and on ESPN and NESN.

Odetah has been in existence and used for outdoor leisure and hospitality since 1905. Originally built with cabins for families looking to escape the summer heat from cities like New York and Boston. 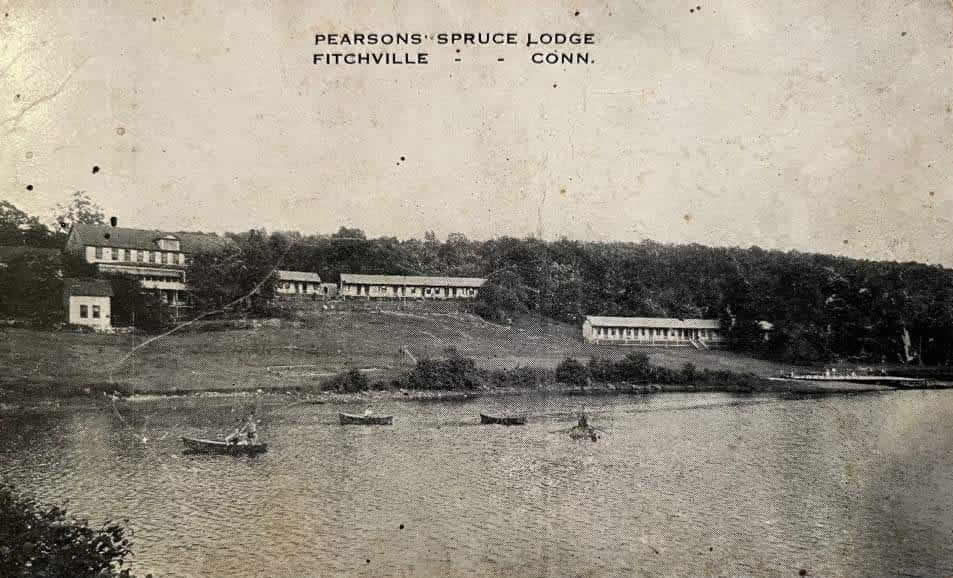 From that time to 1974, when it closed, it switched from a family resort to a Jewish children’s camp. Only for a short period of time did it lose the Odetah name when it became Spruce Lodge. Ironically, not one spruce tree existed on the property.

Relative to the community with its many little white schoolhouses scattered throughout, Odetah became the scene for graduations. The social hall with its fireplace and stage was the only building in town large enough to accommodate these events. The attached pavilion was added in 1984.

Before the construction of Route 2 from Colchester to Norwich, the body of water known as Fitchville Pond and the Yantic River were all one large lake. The entire surrounding area was a tourist paradise with many cabins plus the Berkman Hotel (in the area of where exit 23 westbound is now) and drew wealthy clientele.

Odetah hosted entertainers such as Milton Berle and Eddie Fisher as they toured what was known as the “Borscht Belt”. The 1987 movie Dirty Dancing starring Jennifer Grey and Patrick Swayze was based on these summer resorts like Odetah. Many famous figures were campers at Odetah when it was a Jewish kid’s camp through the 50’s and 60’s. One notable alum was the famous actress, director and producer, Penny Marshall, well known for the 1976 hit sitcom Laverne & Shirley, who even wrote about Odetah in her memoir “My Mother Was Nuts”

On the property are some sights worth hunting up. The first is our famous Heart Rock, today located behind site ___. Children camping at Odetah tried to earn merit badges throughout the summer. Those lucky enough, which was usually everyone, earned a heart badge which stood for the heart of Odetah. Another historical attraction is the large pin oak planted in 1902 by E. Judson Miner, a delegate to the Constitutional Convention. 168 trees were given out (one for each attendee from each town). As of 2002 (the last year they were surveyed), only 74 remained. Odetah’s pin oak still stands today and is located on the right of our main entrance. An original gristmill stone from Bozrah is located in our Splashpad area. The course of the water, which flowed to the feed mill, can still be seen. In 1984, a giant pure white quartz rock from Sterling, CT was placed at the upper gate exit.

During the 1978 renovations as Odetah became the RV park it is today, a tunnel was unearthed behind the main store. It is believed that this tunnel may have been part of the “underground railroad” used in the freeing of slaves.

Originally, two homes were located on the property; one near the top right of the main entrance belonging to E. Judson Miner (delegate to the 1902 Constitutional Convention). The other home belonged to Asa Fitch, one of the early settlers of Fitchville, the village within the town of Bozrah. That home was located at the top of what’s today Nathan Knoll between tent sites.

At the closing of each camping season, Odetah serenely slips back in time to once again restore itself to the quiet and beauty of nature that gave it its American Indian name, Odetah meaning “home of the deer”. 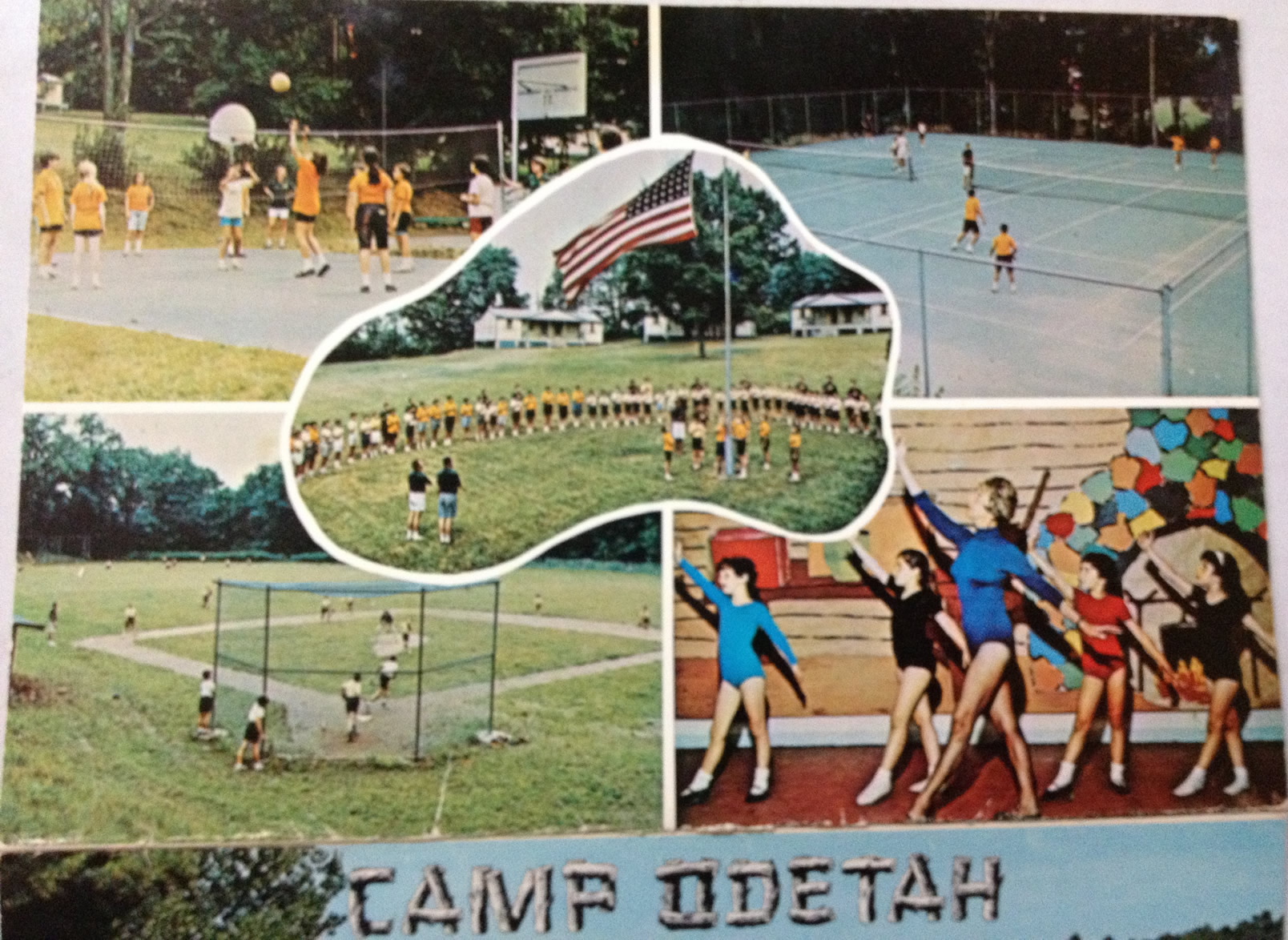